The Indo-American Association of Iowa was started in October 1973 with about 7-8 families (about 30 people) of Asian Indian origin meeting for a picnic at Union Park in Des Moines and it was then called the Indo-American Association of Des Moines. The main objective of this organization was to have some social interaction among the families and to provide an opportunity for their young children to learn about their cultural background and give expression to their talents. The association had a welcoming committee for Asian Indian newcomers and also provided help to them as they settled in.

Movies were rented from Chicago and screened at Iowa Methodist Hospital auditorium. India Night and Christmas were the major celebrations with food which was catered by the members and entertainments which usually involved dance performances by a “young” Penny Furgerson and her troupe. Picnics were common during the summer.

Dr. Saheb Sahu, Chandramouli, Subash Sahai, Darshan Singh and Philip Althomsons were among the early leaders of the association.

Then came the late Mr. Akanad Koshy who was primarily responsible for the development of the by-laws and constitution and the change of name to Indo-American Association of Iowa.  In the early days it was difficult to find someone who would be President or Secretary and very often it was thrust on somebody, who usually took it as an obligation to the community.

The association grew into the hundreds and it was decided to honor all major festivals in India. Music groups were often invited to come and perform and local talent was also encouraged to perform.

The Association went through periods of good cooperation, enthusiasm and activity and periods when there was little enthusiasm. For about 4 years we had a newsletter called “Voice” and there were interesting opinions and articles published. Many a time a President with a group of dedicated friends carried the association.

Overall the Association has been an organization that has tried to cater to the interests of Indian Community; it has been partially successful. We hope to see more exposure and better days ahead! 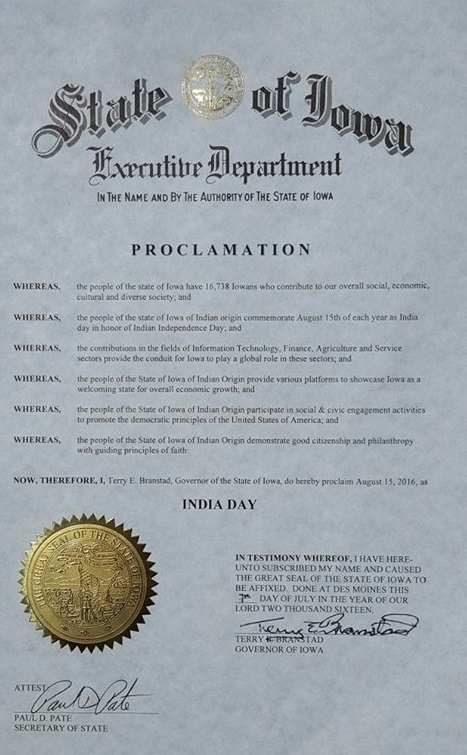 The Proclamation & announcement ceremony was held at Governor’s office in the State Capitol Building!! It was a proud moment for the entire Indian Community. This was Official Government event which was covered by the media. This would not have been possible with the efforts of community members and hard work of the  IAAI President and Board Members. 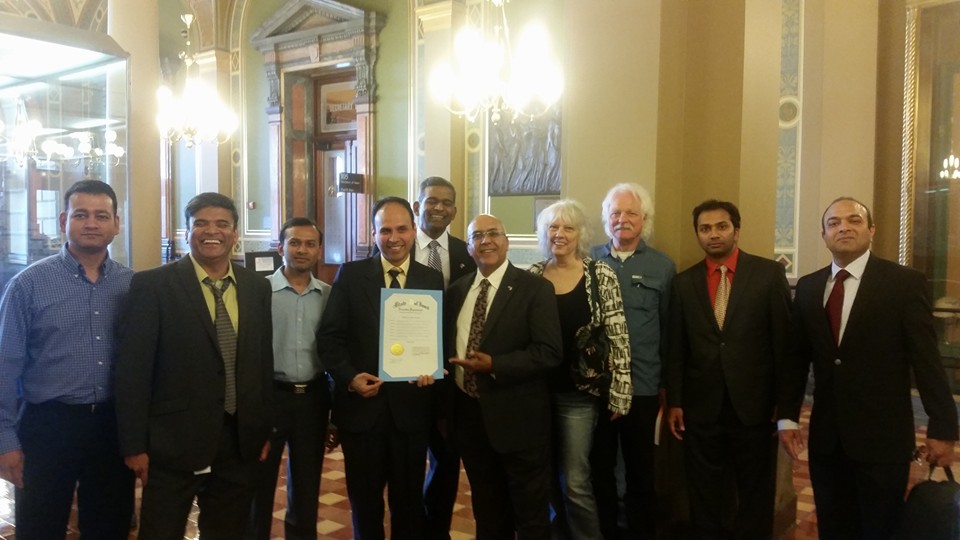 Our Mission & Board Members